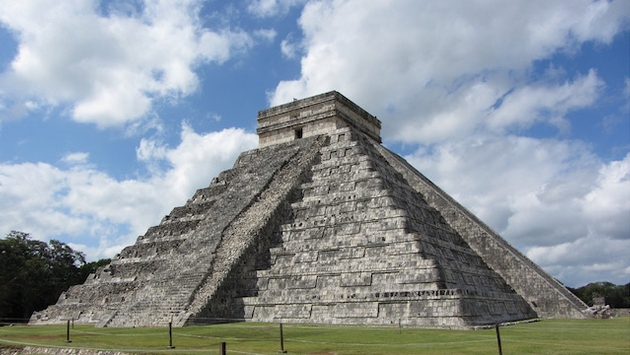 While staying at Oasis Hotels & Resorts, plan a day trip to Chichen Itza.

Just outside the small town of Piste, Mexico, sits Chichen Itza, once the cultural and urban hub of Mayan civilization and today a UNESCO World Heritage site and one of the New Seven Wonders of the World.

Its importance to the Mayans cannot be overstated. The city acted as the urban center of their empire. But more than that it was a site of great religious and cultural importance for Mayas and later, the Toltec, as the number of temples and other cultural ruins attest. Not surprisingly, it is one of Mexico’s most popular attractions and certainly one of the world’s most famous ruins – and easily one of the best day trips from your property in Cancun.

Chichen Itza is a sprawling complex, encompassing numerous ruins that mark three eras of habitation – “pure Maya” from 550 to 800 A.D.; a transitional period from 800 to 1000; and life under Maya-Toltec civilization from 1000 to 1300 and its eventual decline in the mid-1400s.

Perhaps the most famous structure is the Temple of Kukulkan (also known as El Castillo), a towering stepped pyramid that has considerable astronomical significance: Each side has 91 steps with the top platform making the total step count 365, one for each day of the year. Twice a year, during the autumn and spring equinoxes, a shadow resembling a wavy snake creeps down the temple steps eventually meeting up with an intricately carved snake head at the base of the stairs.Walking through the complex gives visitors a glimpse into what life in this thriving metropolis must have been like between 750 and 1200 A.D. when Chichen Itza was at its apex. It also speaks to the importance astronomy played in the daily lives of its inhabitants (Fun fact: The Mayans were the creators of the 365-day calendar).

Thanks to their skills reading the stars, Mayans were able to predict solar eclipses and even built a rather sophisticated observatory with a spiral staircase, inspiring the name Caracol.

Other notable sites include the Skull Wall, the Jaguar Temple, the Temple of Warriors and the Great Ball Court. It was here that two teams vied to hit a rubber ball through stone rings located high on the court walls. At 554 feet long and 231 feet wide, it is the largest known ball courts in the Americas and is a marvel of acoustics. A whisper can be heard clearly from one end of the court to the other.

Chichen Itza is an easy day trip for visitors to Riviera Maya and Cancun, just about two and a half hours away by bus. Because the site is such a popular tourist attraction it can get very crowded especially around the time of the spring and autumn equinoxes, so it’s advised to stay close by if you want the best chance to tour the ruins before the buses arrive with day-trippers. After spending a day touring the ruins, stay for the light and sound show that brings the Maya complex to life
Location: Yucatan, Mexico

Mindfulness meditation is a great way to cultivate awareness and acceptance of the here and now. I personally enjoy practicing mindfulness as it lays down new neural pathways in the brain with calm and clarity. You may have heard of mindfulness from one of several well none mindfulness expertcs. Mindfulness has been made famous from living legends such as Thích Nhất Hạnh (1926– ), Herbert Benson (1935– ), Jon Kabat-Zinn (1944– ), and Richard J. Davidson (1951– ). What is mindfulness? Mindfulness is the psychological process of purposely bringing one's attention to experiences occurring in the present moment without judgment. We can develop this through the practice of meditation. Mindfulness derives Buddhist traditions, based on the meditation techniques of Zen, Vipassanā, and Tibet. Mindfulness techniques vary across traditions, but Buddhists constitutes mindfulness with how past, present and future moments arise and cease as momentary sense impressions and mental phenomen

The benefits of Mindfulness are well documented. Yesterday afternoon as I was thinking about my elderly parents, I thought about how they may benefit from practising mindfulness and meditation. It is a well known fact that depression rates are higher for older people living in care than those living independently. From virtual reality to yoga, there are many new and innovative ways that the healthcare industry is introducing to the elderly. That inspired me to research how mindfulness and meditation is being used in nursing homes and aged care facilities for our senior citizens. Add caption I came across a 6 week program created by Beate Steller , the Spiritual Wellbeing Coordinator at Nagle home in Sutherland. Beate had 13 residents participate in the six-week program which was a great response. “When so much is changing in your life, seeing it with gratitude is important to feel comfortable with these life changes. You have to become quiet and still sometimes to be able to listen t 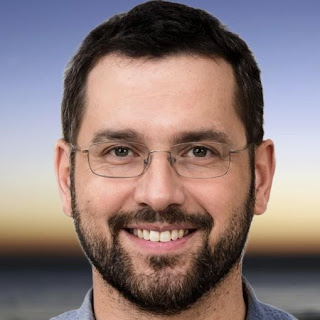 Hi all, Thanks for staying with me while I have had some technical difficulty with my domain names and website. FINALLY I am happy to announce that this will be the new home of all my online "stuff" that I write about. I am lucky enough to have acquired this domain that matches my name as soon as it became available, and I think its a good one. The website previously wrote exclusively about meditation (funnily enough, one of my interests too), but I plan on expanding that a bit. Here's what you can expect from me moving forward...